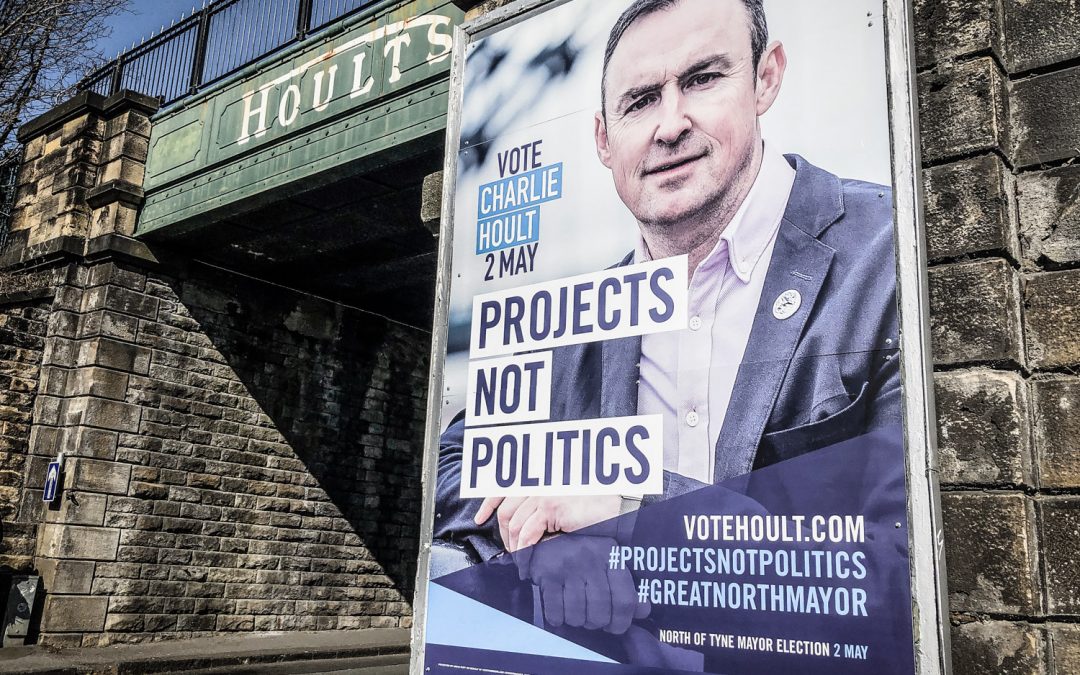 We created images and short films for the Vote Hoult North of Tyne Mayor campaign, which was used across pretty much every media channel possible. Here’s a couple of examples below. As per normal, the deadline for this one was yesterday, and some of the film interviews were shot in London.