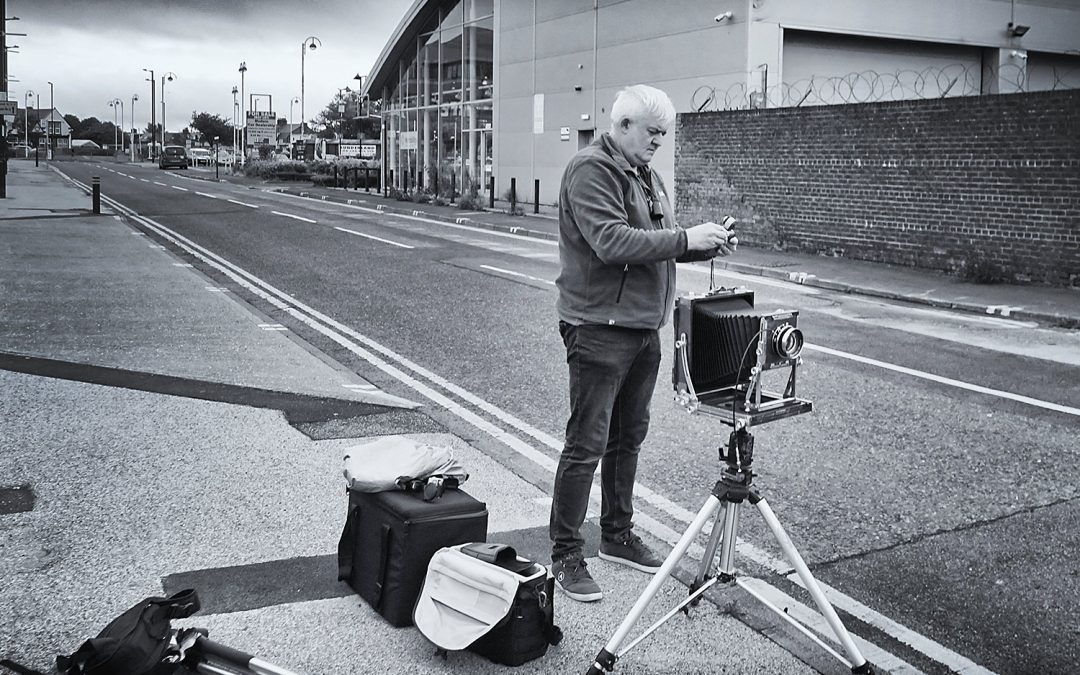 As I keep on promising (I’m a man of my word!) here’s my large format experience, from shot to scan!

I created other images on 8×10 and I also took out the Hasselblad and shot two rolls of 120 film (I’ve also bought a 35mm camera!) but that’s for another post, or you can view more analogue images on the Instagram feed! Here’s an image created next to the Stadium of Light on Millennium Way. Here’s the image descriptions starting from above – As you can see, it’s a bit of a production, camera and lens weighs over 10lbs, so big tripod/ball head (manfrotto) needed. Below from Lto R – Need a light meter/spot meter (Sekonic). Six double dark slides in Sperate bag. Taking out dark slide to create an exposure (note loop around neck used to check focusing the image). Lenses in Rhino case, 300mm Symmar and 165mm Super Angulon, with 4×5 reducing back. 165mm on camera at a different location (card in bellows to stop lens fall off when using wide lens and front rise. Image on focusing screen under the dark cloth used for focusing. Film developing tanks-reels for roll film and Jobo expert drum for 8×10 sheet film. My darkroom is out of commission at the moment, so a changing tent was used to load the film. Next three images are film washing/drying. Then the neg is ready to scan on an Epson V700 scanner. Last one is the finished image scanned 1200dpi to make a rgb/8bit file at about 200meg, retouched with a bit of photoshop.

It might feel like a bit of “overkill!” but this was the workflow. I’m enjoying the experience of using these cameras again, obviously large format photography suits certain types of images and if you haven’t already guessed I’m very fond of urban landscapes. I’ve got more 8×10 film left and I’ve purchased some 4×5 film, so hold on to your hats as I will be returning to another adventure again, maybe I could coat my own paper or possibly make a salt print! 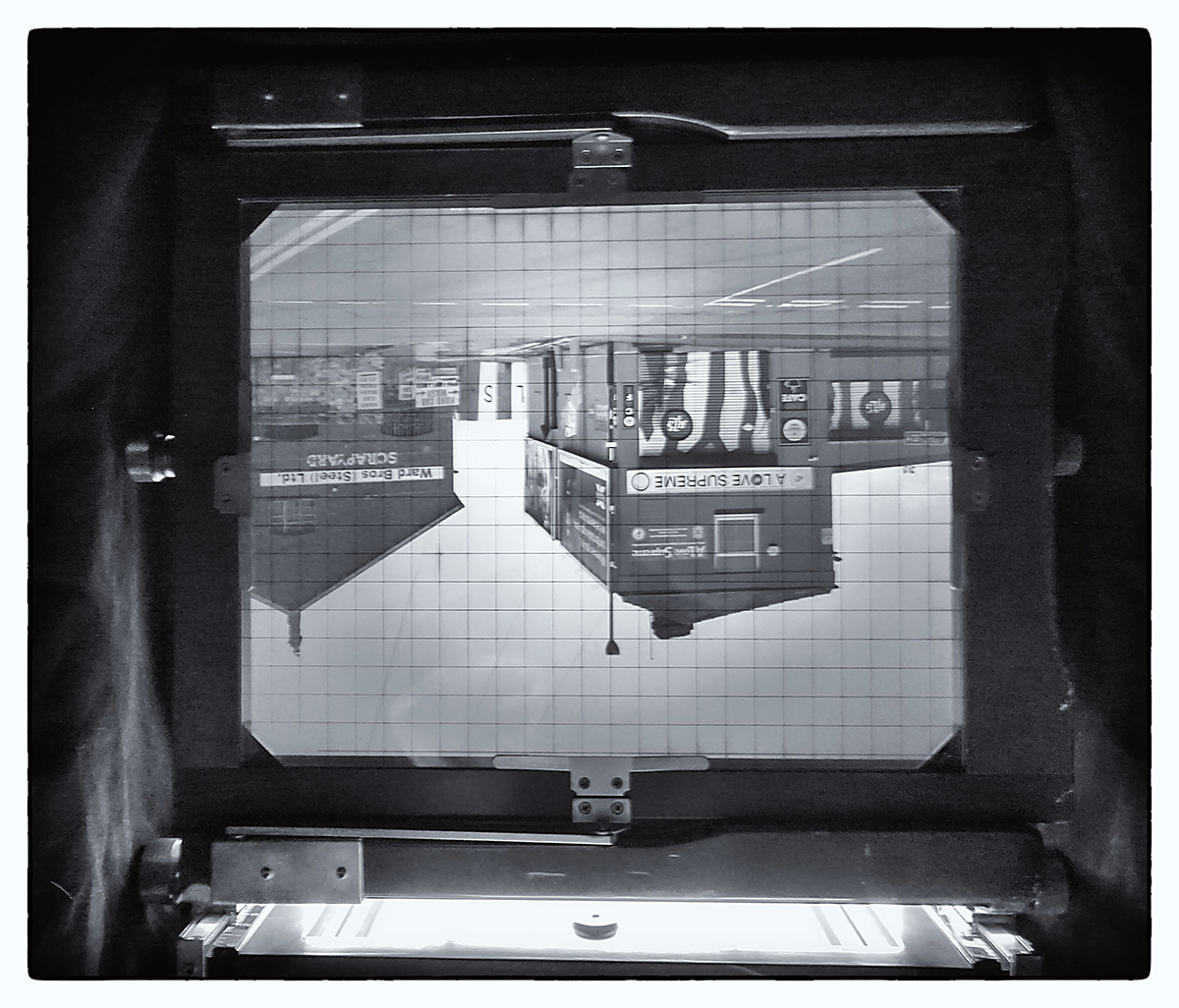 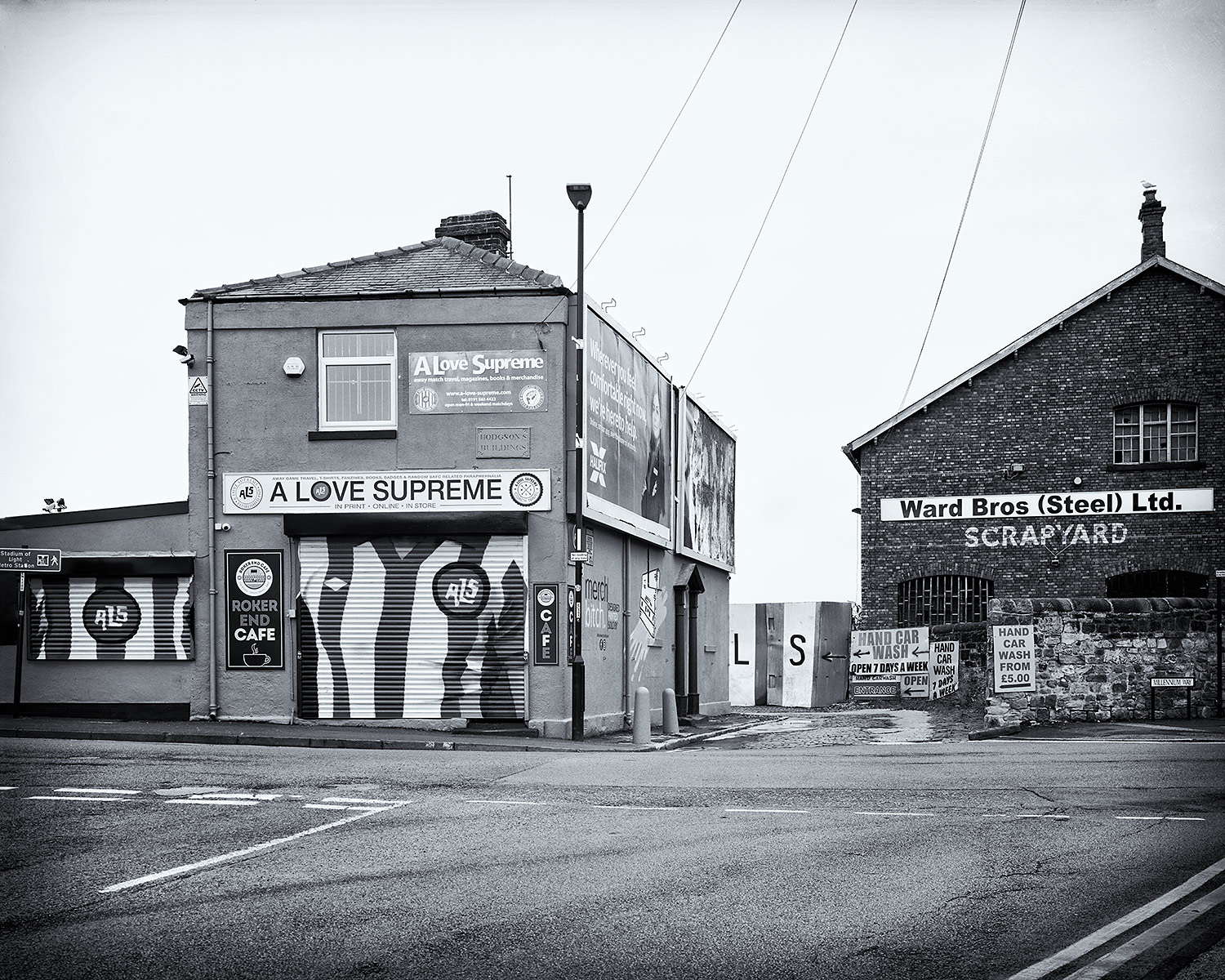