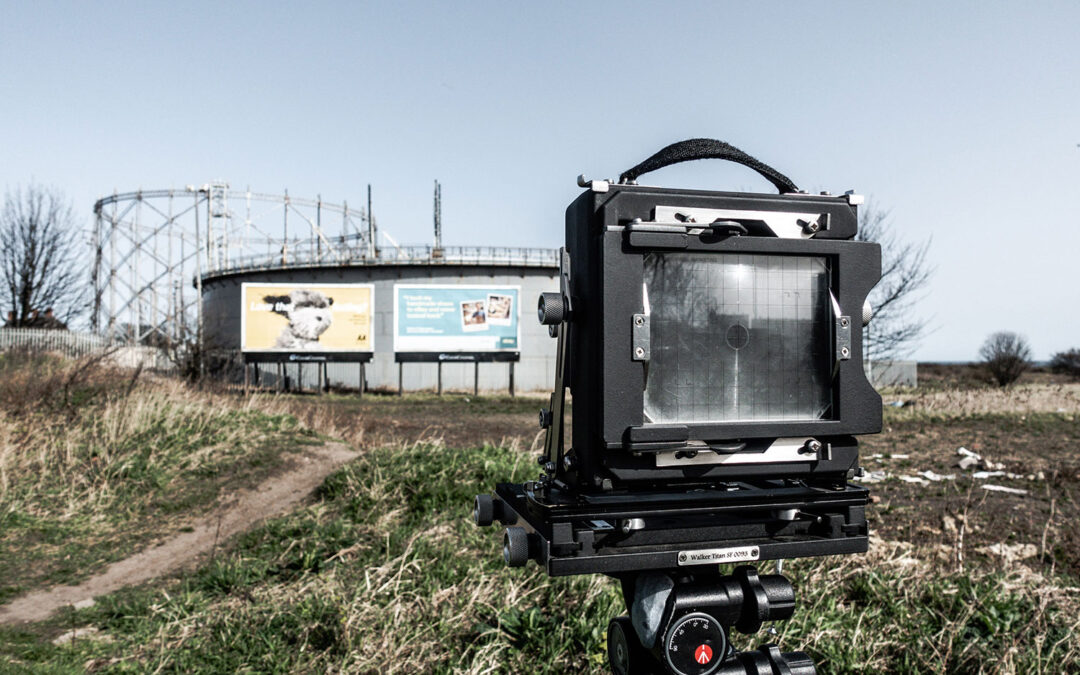 It’s another analogue trip out, this time with the Hasselblad and 4×5 Walker Titan field camera. I decided on a portrait of the Gas Monitors at Hendon in Sunderland (I also like the one in South Shields, haven’t managed a image of that one yet) these are becoming a rarer sight in our urban landscape, I’m partial to a urban landscape have you guessed!

For the gearheads (sorry if these bits bore you) Hasselblad 2000 FCW with 110mm f2 lens with red filter Kodak TMax 100asa film. Walker Titan with180mm symmar-s f5.6 lens Foma Pan 100asa film. All film developed in Ilfosol-3 diluted 1:14 processed in a Jobo CPP2 rotary processor, then scanned on Epson V700 scanner 16 bit gray scale for a base scan. Retouched in Photoshop then put through Nik software for the desired result using a film profile as a starting point. Just after the dinosaurs died out I would have printed the image in a darkroom using a Durst 138 Laborator (a condensor enlarger that produced really sharp results) on Ilford multigrade fibre based paper then split toned the image using selenium toner. Oh the joy! 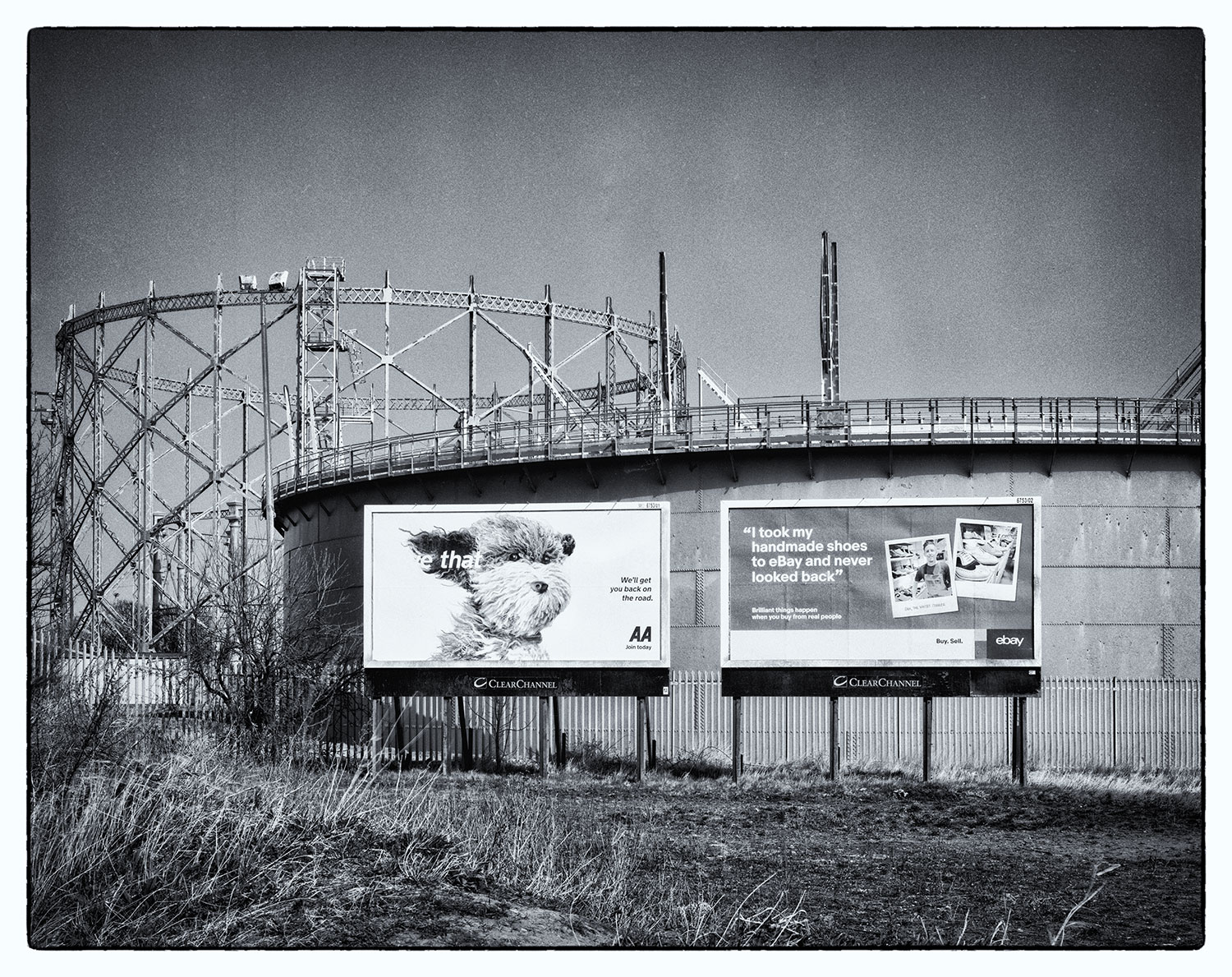 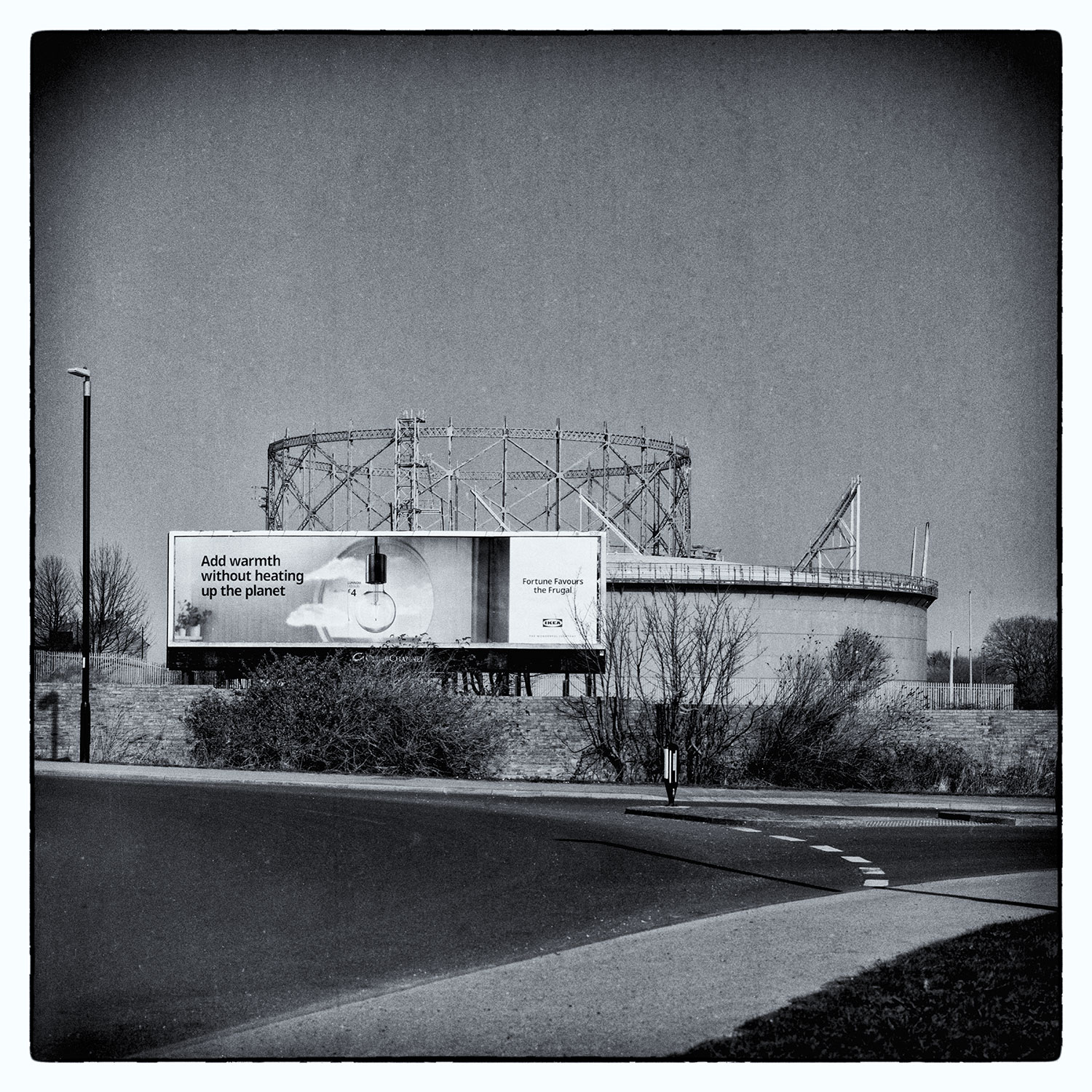