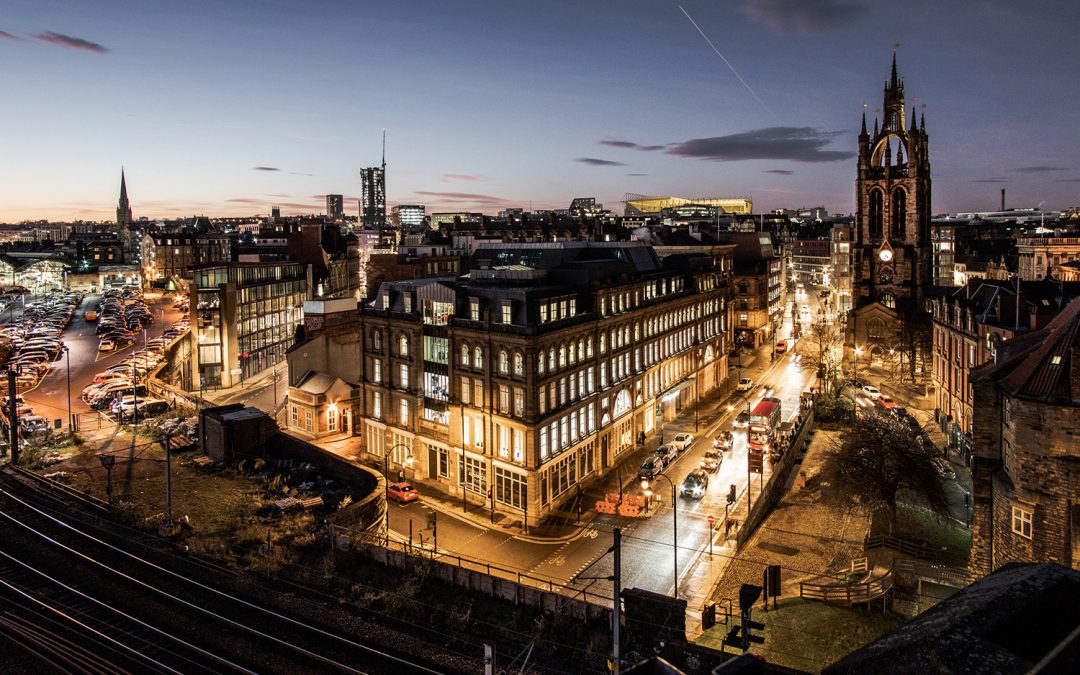 This stop motion was created as part of exploratory work for the “See us in a new light’ campaign for Newcastle Cathedral.

It was shot in Newcastle upon Tyne from the roof of the Castle Keep with three Sony cameras, 1/Sony A6000 and 2/Sony A6300’s – one with a 12mm; one with a 16mm and one with a 30mm. In the Behind The Scenes image below on the left is a A6300 on a Feiyutech AK4000 gimbal with a Samyang 12mm f2 lens connected and programmed to pan across the city scape from the railway station towards the cathedral over a two hour period. The one on the right is a A6300 with Sigma 30mm f1.4, programmed to take an image every 2 seconds, the other A6000 was in another position fitted with a Sony 16mm f2.8 lens set up to take an image every 2 seconds.

It was a cold evening but plenty of layers, gloves and big hat were order of the day and the Castle Keep staff were really helpful and nice. The final film was created in GoPro Studio and rendered out as an MP4 then cut in Davinci Resolve 17. 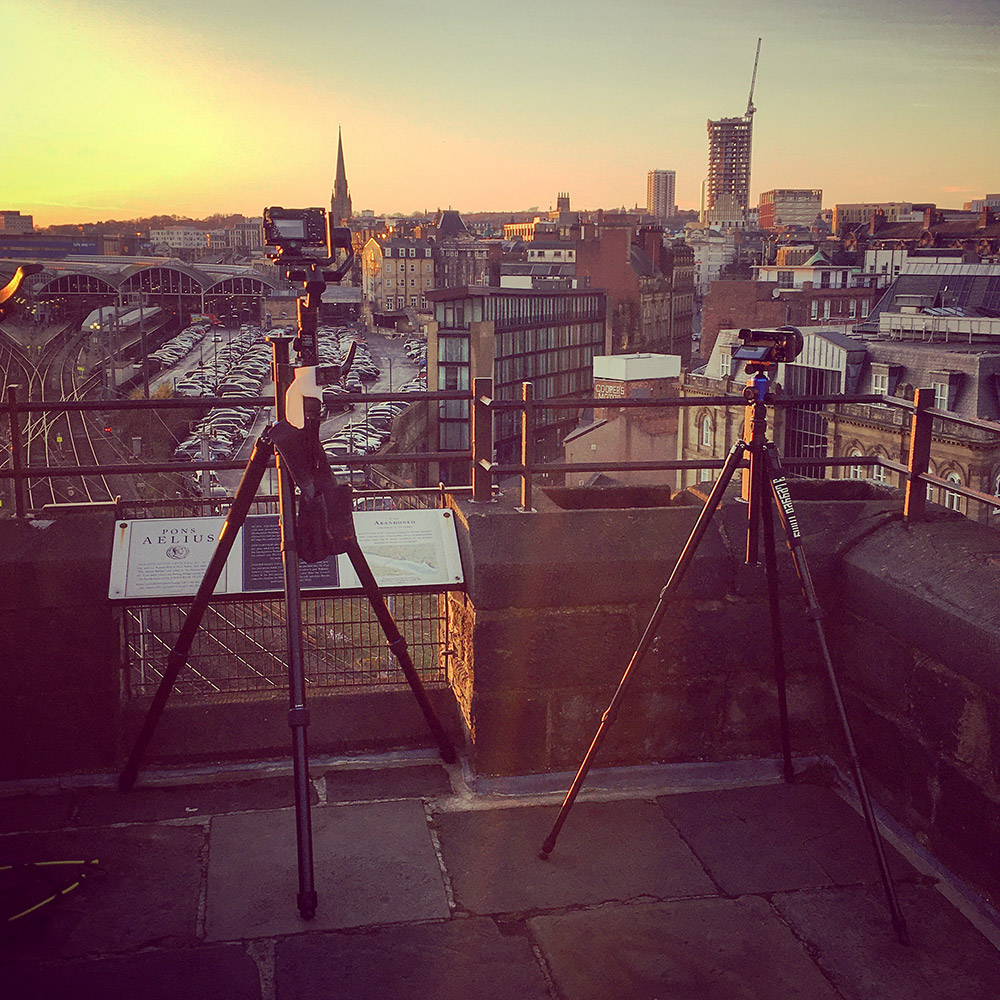