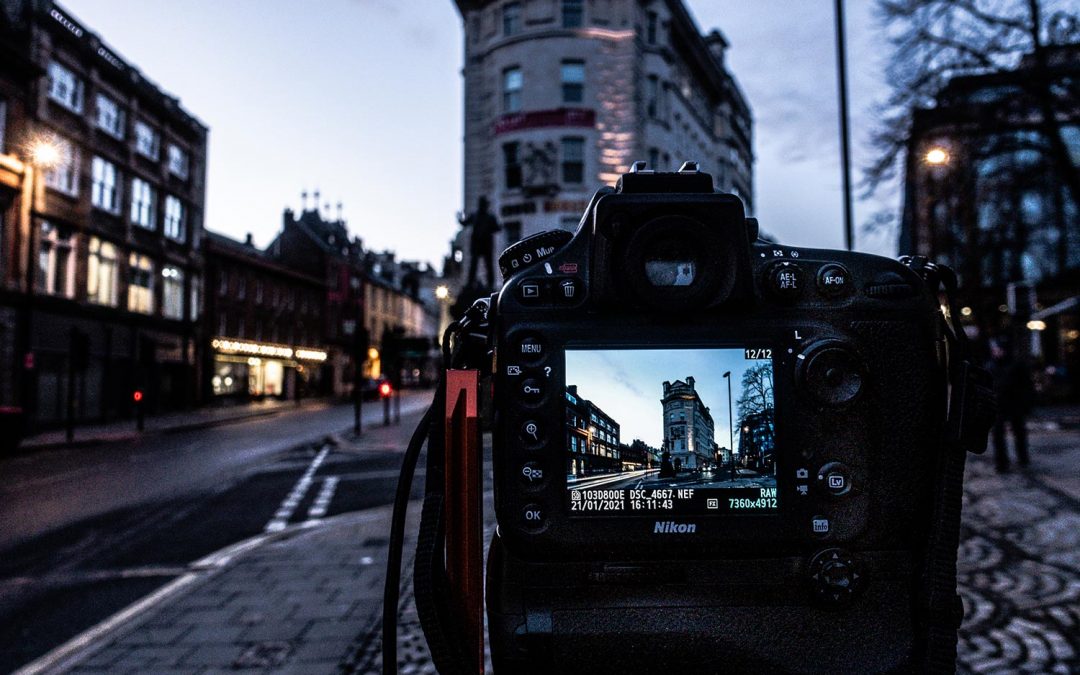 It’s a two for one deal!

Here are two projects. One to compare an old Nikkor shift lens against the modern Nikon PCE (tilt and shift) lens and another job just using the modern lens this time in a slightly difficult situation of shooting up hill and the problems that can create. So let’s start with that one. Above is Cross House, situated on Westgate Road in Newcastle which is a big long road (that’s a hi-tech explanation!) in this case on an incline.

The problems of using wide tilt and shift lenses are not just the distortion a wide lens can create (remember using the shift function is so the building doesn’t look as though it’s falling backwards (converging verticals). Also, and the building should look as though it’s standing straight) but shooting uphill and sometimes taller buildings (even when corrected!) can bring other problems into play!

In the “olden days!” when using a large format cameras and especially in the late 80s into the 90s, extreme wides angle lenses were really fashionable. The norm was to get as close as you can, stick the widest lens on, shift it until it wouldn’t go any further and hope for the best. But this usually meant you got a “ships bow” effect. It looked as though the top of the building was looming over the top of you! To counter act this you would need to compose the shot, shift the lens, then tilt the camera back a few degrees to make the verticals converge (I thought the whole idea was to use a shift lens to stop converging verticals?) but this meant the image would then “look” correct!

So a normal 5×4 kit lens choice would normally be a 90mm/150mm/210mm lens choices, but in my case I had 65mm/90mm/105mm/135mm/150mm/180mm/300mm. That’s how sad I was? So, back to Cross House. The extra upwards shift due to shooting uphill would have the ships bow effect, so a bit of roll back on the tripod was necessary. For comparason between focal length of lens the first Cross House image is a 24mm PCE the second with a 45mmPCE lens.

When digital took hold and Nikon released the PCE lenses, I made the jump to digital for all my architectural work (I couldn’t get any E6 processing done as the labs were stopping a daily E6 line). I ended up with 24mm/45mm/85mm PCE lenses and 28mm/35mm Nikkors shift lenses (I also used to have a 65mm super rotator, but unfortunatley I sold it). Nikon do a 19mm PCE lens but thats a bit too wide (and expensive) for me.

The next couple of images are of a building on the River Wear, comparing a 24mm to a 28mm lens. It’s only 4mm but as you can see it’s quite a difference from the same position. This has it’s good and bad points, if you’re struggling to get any further back from the subject the wider lens will be useful (maybe I should buy a 19mmPCE lens…I’ll write a letter to Santa!) but the longer lens when shooting interiors will produce less distortion than the 24mm PCE.

To see another journal upload about the 28mm lens look here.

There’s also another upload about the 24mmPCE lens on a Ninja 3 nodal point corrector here. 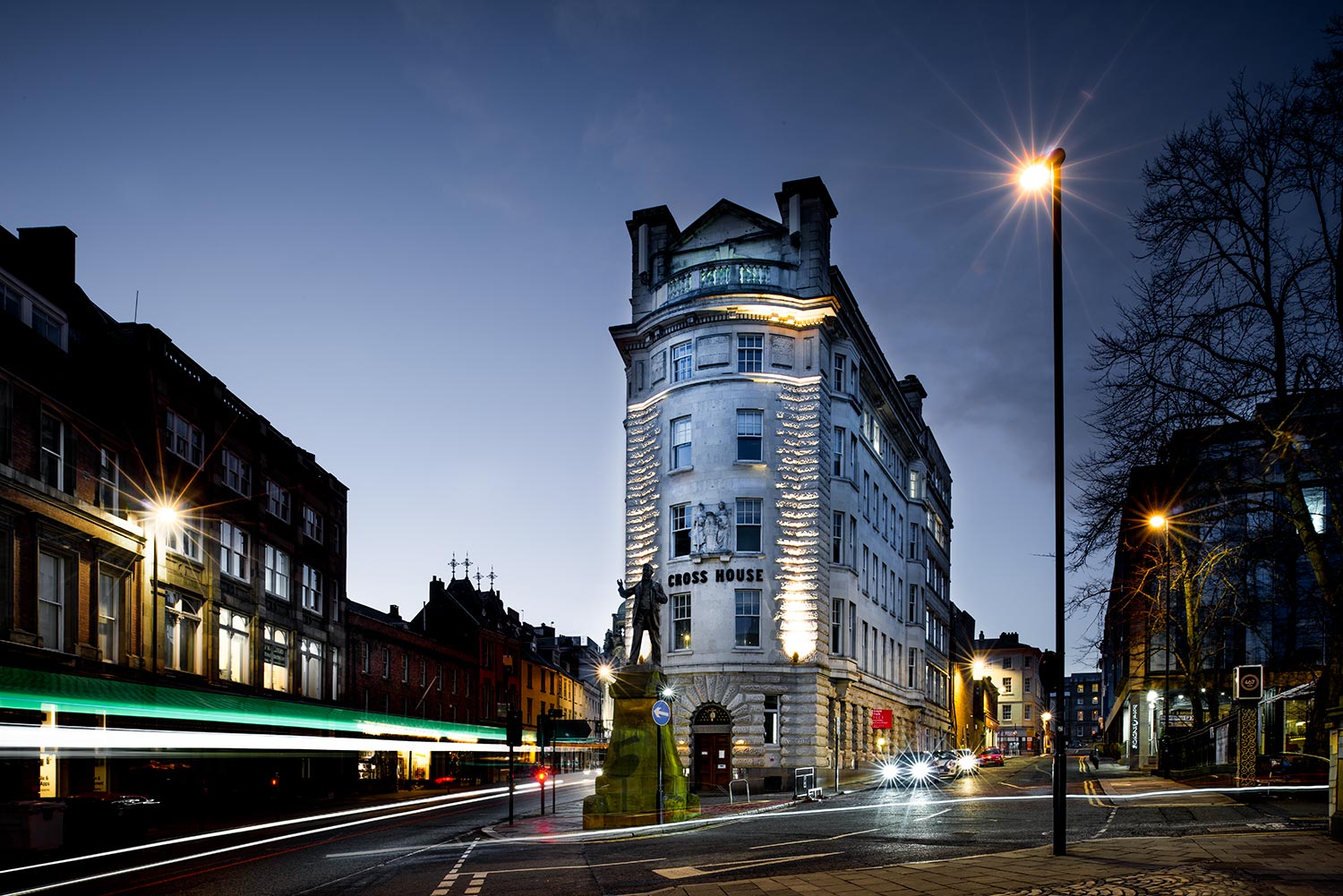 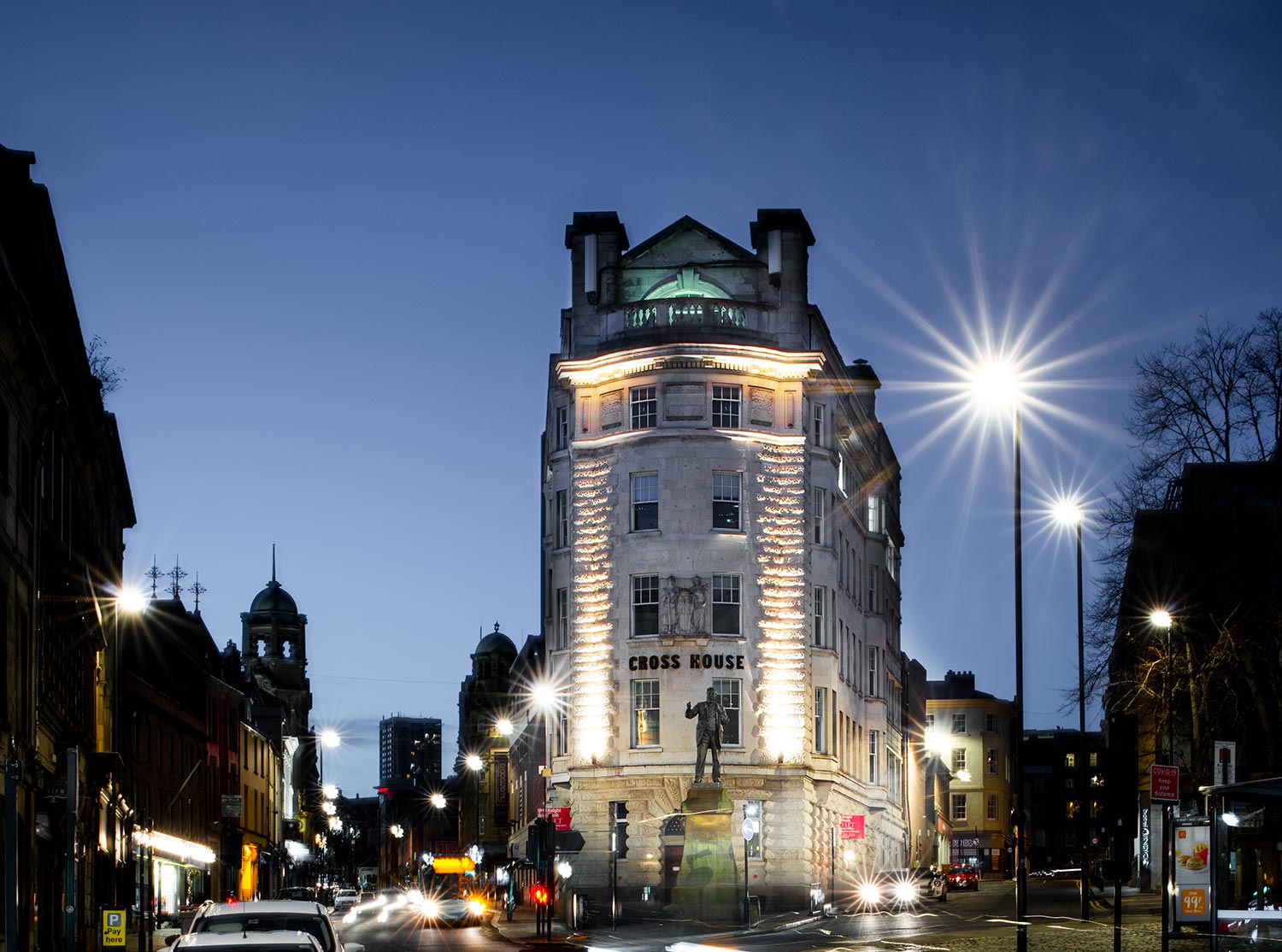 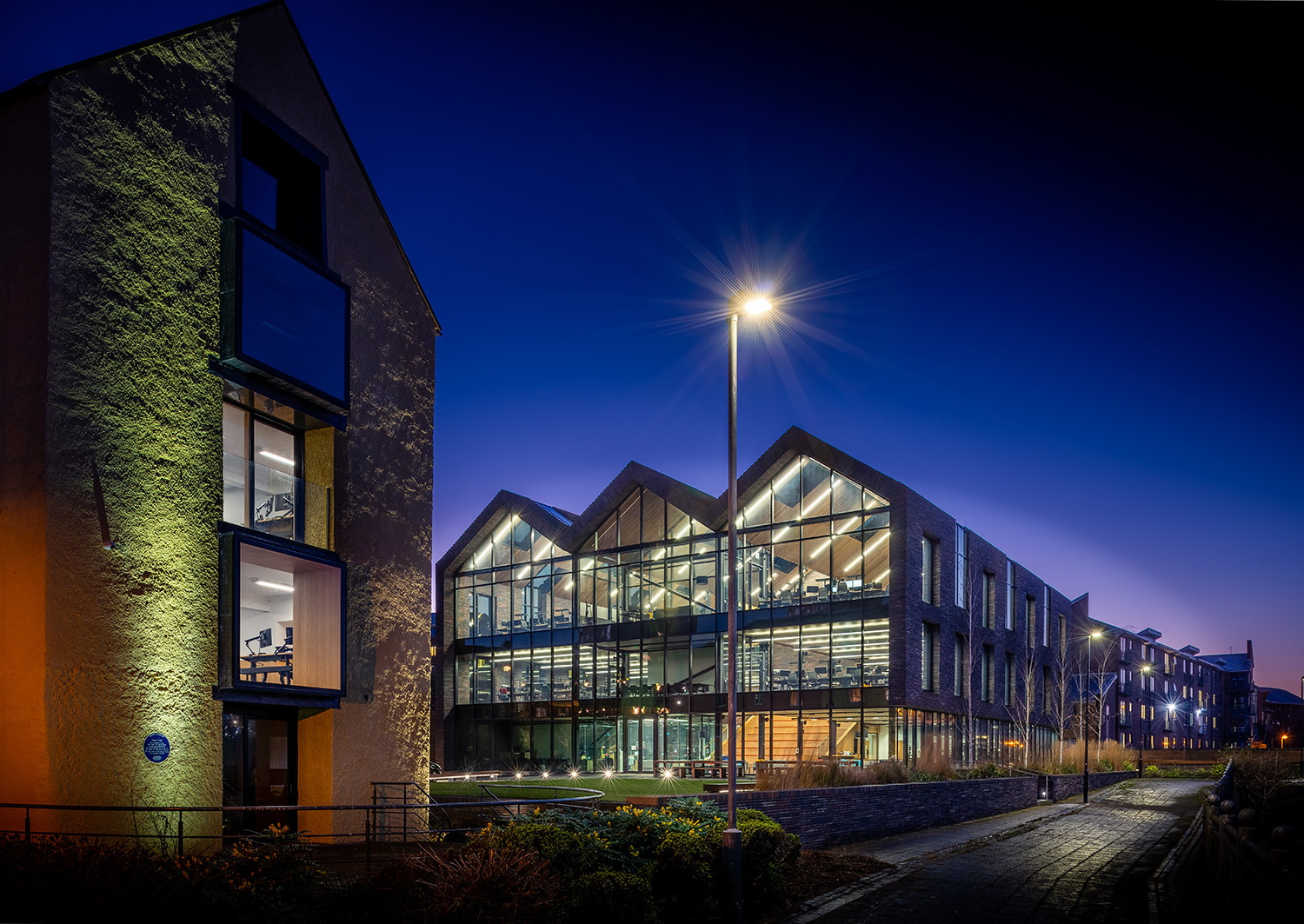 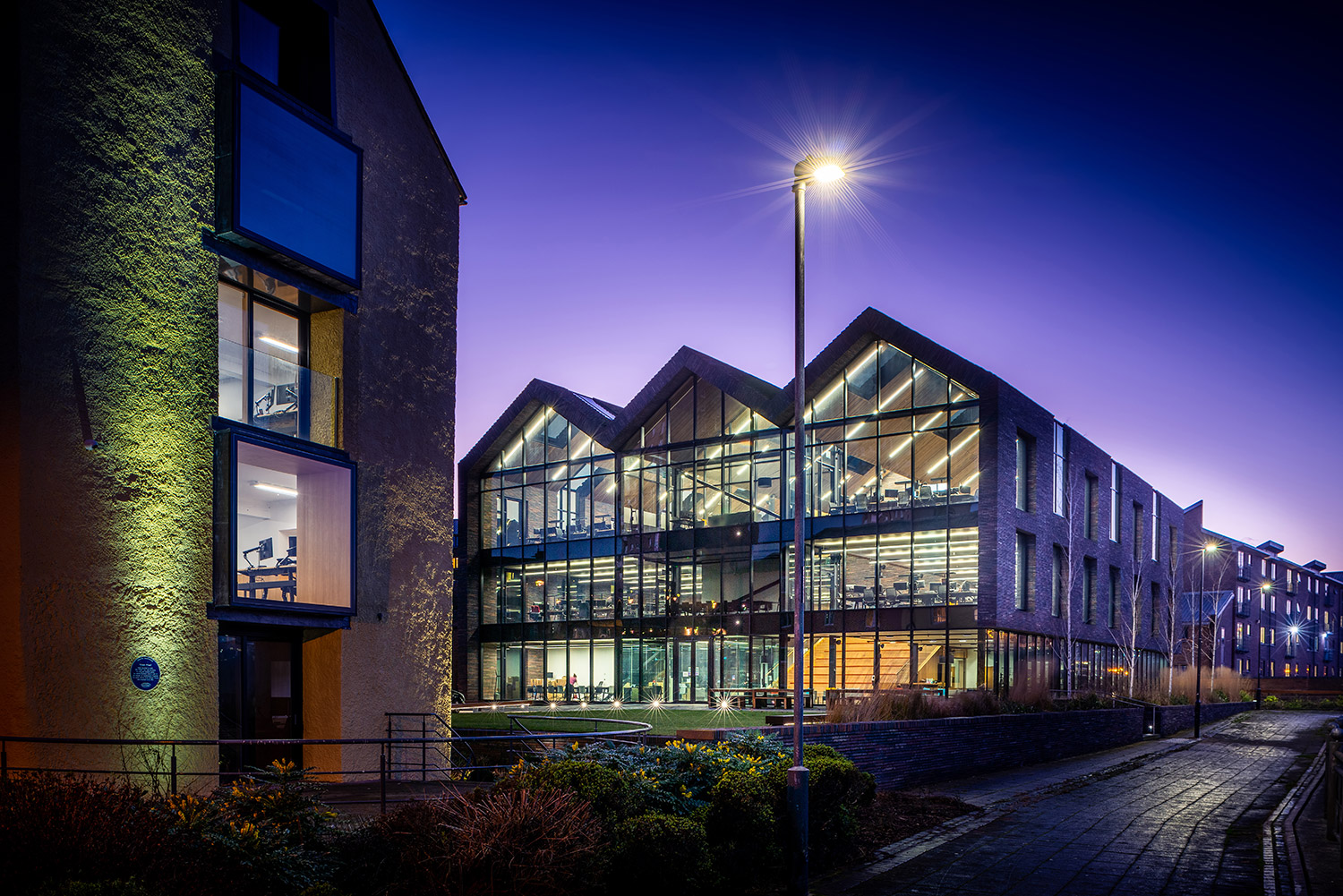